In the past, we had the honor of interviewing Nicholas Christmas, the CEO of Father Christmas Ltd. In that interview he gave us a fascinating insight into the history of his organization, and how the operating model of Father Christmas Ltd had evolved over time. At the end of the interview he hinted at further changes to come to maintain their market position.  Mr. Christmas invited OTM to visit their Lapland site over the Summer of 2018 to see the changes that were taking place, and just last week we spent time with Mr. Christmas in conversation about what we had seen.

What follows are the edited highlights of our conversation. Our NDA does not allow us to reveal what was developed, just how Father Christmas Limited harnessed the power of self-organized teams in a virtual operating model to quickly deliver amazing results:

OTM: Before we discuss the ways-of-working that we saw over the Summer, can you briefly outline what it was you asked your team to do, and why?

NC: Of course, it was very simple really. For some time, I have been concerned about the energy efficiency and the carbon footprint of our delivery channel, our Reindeer-and-Sleigh™ technology. I not going to give away how this works, but I will say that the energy required to power it is phenomenal, and the reindeer exhaust gases are a real problem, particularly if the wind is in the wrong direction. The challenge I gave to the team was to reduce our carbon footprint and emissions by 50% before the next Christmas.

The energy required to power [the sleigh] is phenomenal, and the reindeer exhaust gases are a real problem, particularly if the wind is in the wrong direction.

OTM: That sounds like an ambitious target, how did you know that they could do it?

NC: I didn’t think they could, history wasn’t on our side. Each year my senior team have passed down ambitious plans detailing what to do to improve. The elves, reindeer and the rest of the team did as they were asked and we have made small steps–2% here, 5% there, each year.  This time the target was, as you said, much more ambitious, and we didn’t tell them how to do it.  We left them to self-organize, or should I say elf-organize.

OTM: You put a lot of trust in your team, what made you believe they could do better this time?

NC: It was partly down to you.  After you interviewed me about our history and how our operating model had evolved, I realized that we had a lot going for us.  My teams have been around for a while, they have seen quality circles, TQM, continuous improvement, process re-engineering, six-sigma and lean.  They have learnt from the best, including Deming, Juran, and Crosby. All they needed to do was to put it all into practice to deliver an ambitious goal using all the talent across our extended organization.  All I needed to do was get out of their way and make sure there were no obstacles. 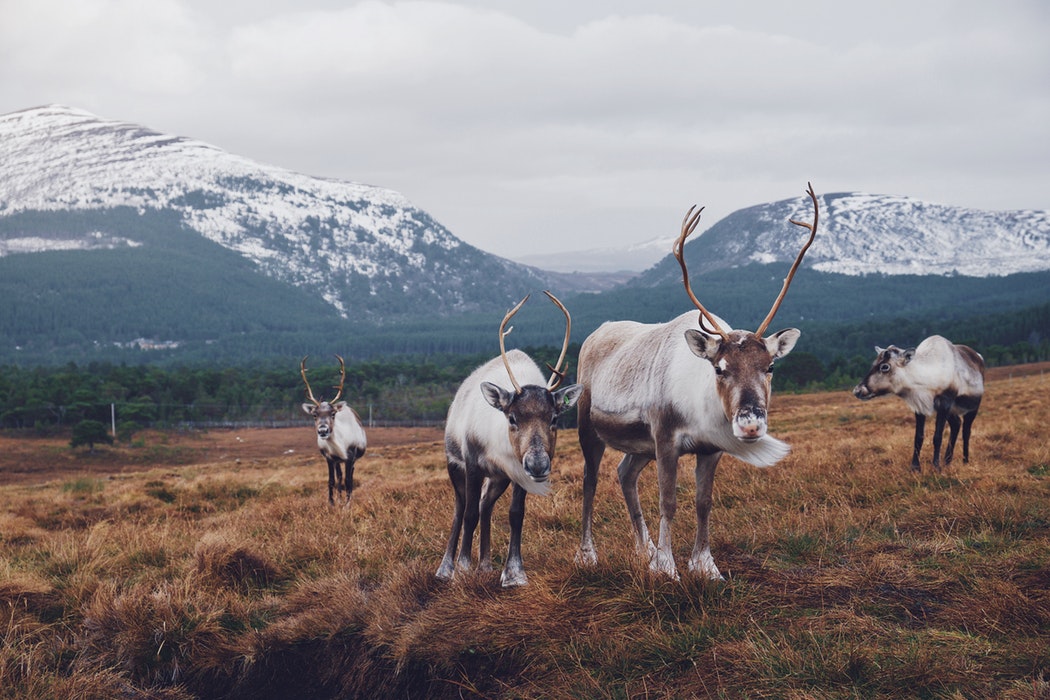 OTM: When we visited in the summer we saw lots folk working hard in teams in different parts of the building, what was going on?

NC: What you saw was the approach they all chose to take operating at full speed.  It took them a little time to get to that point, but in essence what you saw was what we like to refer to as Santa’s Agile elF environment, what we now call SAFe Agile, because things happen and change quickly.

OTM: Can you tell me how SAFe works?

NC: Sure, the first thing that they did was to recognize that the solution was going to be too big for one team, so they broke it down into manageable-size products, these were the sleigh, the engine, and the fuel, and they made a reindeer the owner for each of these teams.  These they called their Agile Reindeer Teams, or ARTs for short.

Folk from across the organization were then moved, full-time, into the ART, no matter what their current family home was. What the ART needed was their skills and experience for the period of the project. Each team then had all the capabilities and tools they needed to define, implement, test, deploy and release their product. We decided to call the teams in the ARTs Scrum teams, in honor of our elves’ Irish leprechaun cousins who are showing the world how to play rugby, how to get their heads down and push forward removing all obstacles on the way. Like a rugby scrum, these were self-organized teams of 7-10.  Some ARTs had more Scrum teams than others, but each Scrum team had a Scrum Master who helped and coached the team and helped integrate the work across Scrum teams in the ART.

The aim was for the ARTs to work as quickly as possible, whilst not getting too far ahead of each other. Teams set their own objectives, met daily for reviews and demonstrated what they have done other every two weeks.

OTM: Sorry for interrupting, but I just want to summarise what I think I have heard you say.

Basically, you set the overall goal. They split the work into product streams that would develop the components that would come together to deliver the whole, each product team was called an ART, and within each ART were one or more Scrum self-organized teams that pushed through the work by setting their own tightly time bound objectives which they reviewed daily and demonstrated every two-weeks?

NC: That’s about it. What they came up with was nothing complicated, just self-managed teams working within a product boundary. What was clever was that they moved away from traditional waterfall planning and delivery, they used a simple design for manufacture and assembly, DFMA, model, and did not move through the work in a Gantt chart driven way from requirements to design to test to make a step at a time.

One of my reindeer, Dasher, came up with the idea of fast two-week iterations of requirements, design, and test. So we call these two-week periods ‘dashes’. They included people from our manufacturing and assembly partners in every Scrum team so that the manufacturing and assembly thinking was planned in from the start, not passed off to our partners as an afterthought once design was complete. The ART, as a whole, met once a month to share where they were up to and what was behind, and then replanned for the next month. The whole project went through seven one-month increments before they were ready to manufacture and assemble.

The one bit you missed was that there was another team, Santa’s Solution Team or SST.  This team had representatives from each ART who took the outputs and fed back any cross-ART manufacturing or assembly requirements plus any feedback I had on the Product, they wouldn’t let me interfere in timescales or the work. I had to trust the process and the teams to deliver. With the design done, tested and signed off the teams continued to work with our trusted partners as they manufactured and assembled the new delivery vehicle. 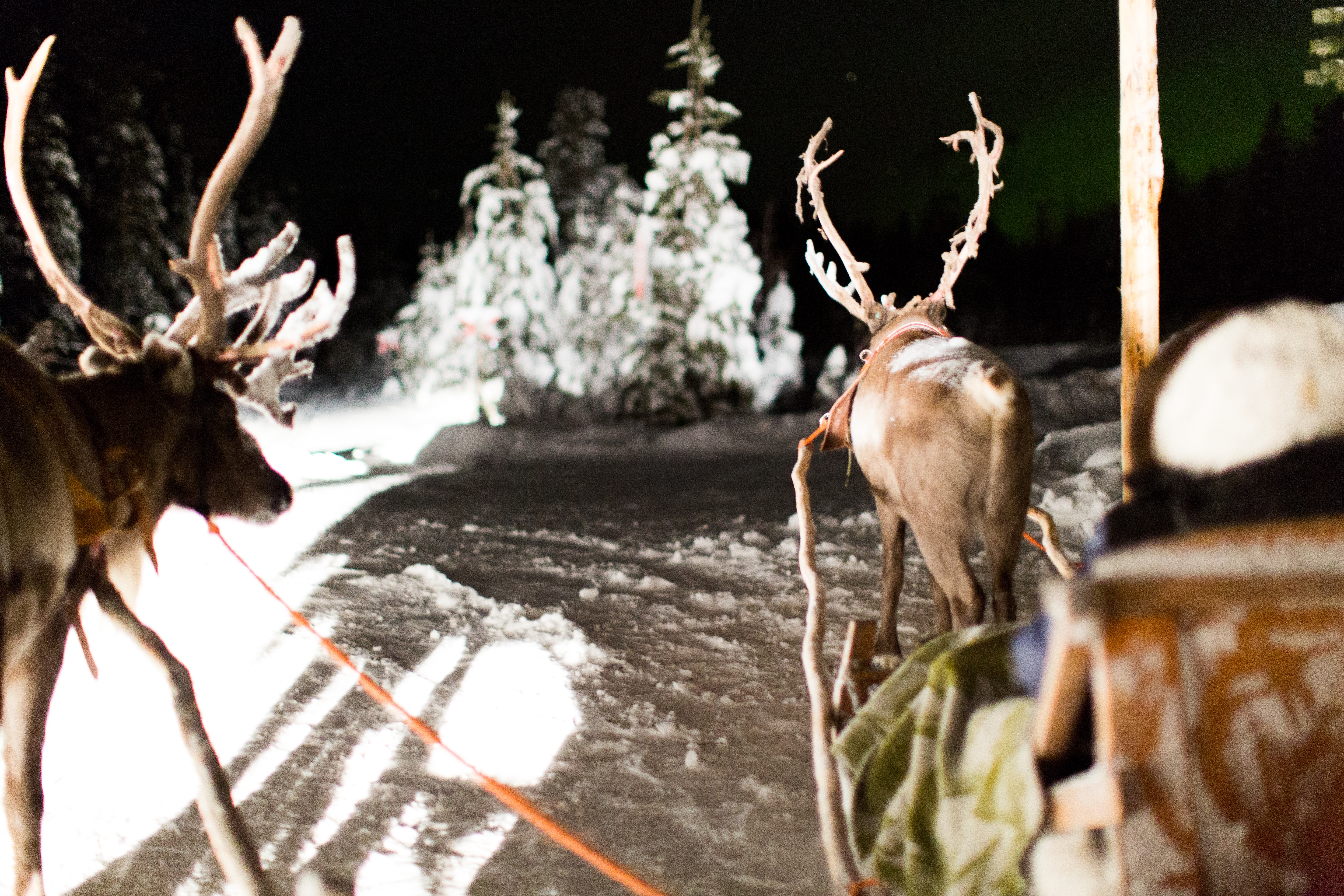 OTM: Thanks for that explanation, how would you summarise that for a quick chimney top conversation?

NC: For a quick conversation, I would take out all the fancy titles that the team created to give themselves identity and structure, because they can distract you from the real magic. They, not me, created a planning and deliver environment in which self-organized teams quickly iterated up and down the whole requirements-design-test value stream, and then into manufacture and assembly, determining their own objectives in relation to the overall vision, and most importantly, integrating regularly with all other teams.

OTM: What did you learn?

NC: Moving away from traditional top-down waterfall development planning to a bottom-up self-organized approach to objective setting and timescales fundamentally changes the role of the leaders and managers from directive resource allocators to servants of the team who coach, guide, remove obstacles, but don’t direct. We also learnt that fragmenting the work in this way presents significant integration challenges which the teams have to create mechanisms to solve, again it is not the leaders’ role to impose the integration, just help them solve the challenge.

OTM: I guess my final question has to be, did they hit your goal?

NC: I’m pleased to say that they significantly overachieved.  The hybrid technology they developed, which cleverly takes advantage of our midnight sun through the summer has reduced our carbon footprint by 75%, and the recycling of reindeer exhaust gases has but our emission to zero.  When you spend as much time as I do behind the reindeer I can assure you that zero emissions is a huge result.

On that note I must go for my final test drive, a Merry Christmas to you all.

Stay up to date on the organization design world and sign up for blog notifications so you never have to miss out.

Peter Turgoose is a Senior Consultant at ON THE MARK.

OTM’s experience and passion for collaborative business transformation that’s supported by pragmatism, systems thinking, and a belief in people is unparalleled. OTM has been in business for nearly 30 years and is a global leader in organization design consulting.